Today I have a real treat for my Christian suspense fans. Joining us on Fiction With Faith today, is author F. John Hurr! 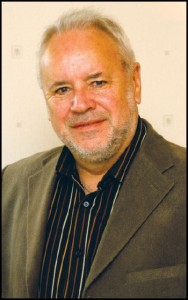 F. John Hurr is a biblical scholar, philosopher and free-lance writer. Light of the Damned is his first book of fiction. Major influences include C.S. Lewis, Henning Mankell, Arthur Conan Doyle and M.R. James. He lives with his wife in the UK.

Fred, from the brief description above we know a little bit about your background, those who have influenced your writing and where you reside, but what else would you like for our blog readers to know about you? For example, when did you first discover you wanted to be a writer?

I grew up in a poor family in post-war London in a very working class neighbourhood. I left school without any qualifications and was at work one month after my 15th birthday employed as a uniformed messenger boy in the busy London Docks. One rainy day I ducked into a library to escape the downpour. My eyes almost popped out of my head. I had never seen so many books and so many shelves of books. That was the first time I had been in a library. I was simply overwhelmed and I had an amazing epiphany … from that moment I knew I wanted to read as many books as I could. From that revelation came the desire to write. Over the next 10 years I wrote continuously, plays, poems, short pieces, stories and many unfinished novels filling boxes with handwritten and typed pages.

None of it was published. One Theatre Director read one play and threw it into the dustbin. When I became a Christian in my early 30’s I built a bonfire in my backyard and burnt all of it, not a line survived the fire.

I’ve heard other authors talk about how they burned up or threw away their earlier work as well, either because they didn’t feel like it matched up with their beliefs as a Christian or because they didn’t feel like it was any good. Whatever the reason was for you, we’re glad you’ve resumed writing, because Light of the Damned is a great novel. Now that you’ve picked up the pen and paper again, what does a typical day of writing look like for you?

I normally start in the middle of the night around 2am. I wake with visual scenes playing in my mind, characters speak and the story begins to evolve. I write it all down in a notebook in a scribbled shorthand that sometimes days later even I can’t decipher. This process is feverish and can last hours. Then over the next few weeks I try to put it down on my PC in the semblance of a story and it begins to take on bone and flesh.

Do you plot or outline your books before you write or are you more of a seat-of-the-pants (SOTP) type of writer?

I do not do any research. My life is my research. Everything is somehow stored deep in my subconscious and when I am writing it rises up and evolves. I don’t know what the plot or storyline is actually going to be until I am writing. I really do not know what is going to happen two pages ahead.

The vivid descriptions and breathtaking scenery of the small village of Penrhos Bay plays a crucial role in this novel. Why did you choose this particular setting for the battle of angels vs demons to take place?

For me a small town embodies everything that is good and all that is not, just like any great metropolis. North Wales is a stunning part of the UK and a perfect setting for the novel.

My wife organised a Christian concert in the largest church in Llandudno (Penrhos Bay in the book). Many people who came were not believers. The main singer, a famous Christian in the UK, preached the good news at the end and invited folk to come forward and accept Jesus as their Lord and Saviour. Many did. The minister whose church it was purposely stayed away that night knowing it was going to be an ‘evangelical’ event. Later that night another minister sidled up to me and said “You know Fred, that’s the first time the Gospel has been preached in this church for many years!” That comment started me thinking … what if the largest church in town was run by a selfish vicar who unwittingly set himself up for being manipulated by Satan? He was an easy character to develop … I guess I have met many just like him. It was fun to see what depths he would stoop to satisfy his own desires.

How did you come up with the title of the book?

It’s a quotation from the Old Testament. Job 18:5 ‘Yea, the light of the wicked shall be put out, and the spark of his fire shall not shine.’ I like paradoxes, especially in literature and the idea that the wicked could emanate light intrigued me. The personification of this thought is embodied in the charismatic fallen angel ‘Ganymede’.

Oh, yes. Ganymede. I shiver as I remember how smoothly he was able to manipulate and twist the truth of God’s word. His beauty was the perfect disguise for his deception. It’s scary to think how many people everyday are pulled away from the truth by crafty lies like his. Is this one of the reasons that you feel like stories like Light of the Damned need to be told?

Read Dr. Karl Payne’s book on Spiritual Warfare. He has tried to truthfully describe the spiritual battles that so adversely affect the lives of many Christians, particularly in the USA. His book had a profound affect on me and I wanted to tell a story that helped to propagate these truths.

An emotional connection with the reader is essential in writing. What has been the typical response that you’ve received from your readers so far?

Some read the book for enjoyment. It has had some success as a cross-over book. Non-Christians have written good reviews (see my website www.fjohnhurr.com) and many Christians have told me that it has opened their eyes to the truth about spiritual warfare which is vital in comprehending the full nature of the kingdom of God on earth and as St. Paul writes ’…and in the heavenlies.” A wise man once said that Satan’s greatest lie is to get people to believe that he does not exist. Even in Christendom he has largely succeeded.

Readers like to have a spiritual connection as well as an emotional one. As an author, why is the Christian Fiction genre important to you?

The spiritual life is immensely important to me. I have read many books on the subject of how we can know God more by allowing His Spirit to commune with ours. One of the best speakers on this subject is Father Thomas Keating. Catch him on YouTube.

What would you like the reader to take away from this novel?

Enjoyment, deep thoughts, question what is truth and reality in ourselves and in our world and most of all somehow through the pages come to know that Jesus loves us and we can be alive to Him anytime, anyday. I did respond to Him when I was utterly lost in disbelief, intellectual arrogance and conceit. He was waiting for me to open my eyes and see.

Are there any other projects you’re currently working on?

In book 2, ‘Light of the Holy’ I tried very hard to make a place for Paul Stewart, the police detective, in the book. Loads of people identified with him and there is much of me in the character. But as hard as I tried to ‘fit him in’ it simply would not work. So I am also writing a novel where Paul (renamed John) Stewart, a police detective is the central character. It is a crime thriller where the murderer covers his tracks in surprising ways. I have done about 50,000 words so far and I think Stewart is mighty pleased he has been truly resurrected.

Yes! I’m so glad to hear that Stewart will be featured in his own novel and I can’t wait to read it. Please stop by again to keep us updated on the novel’s progress. Until then, how may our reader’s contact you?

I am always pleased to hear from readers and will respond. I like the interaction very much.

Fred, thanks again for stopping by. We look forward to hearing from you again soon!

Kara loves to read and write supernatural suspense thrillers and is an ACFW Genesis 2013 Finalist in the Mystery/Suspense/Thriller category. 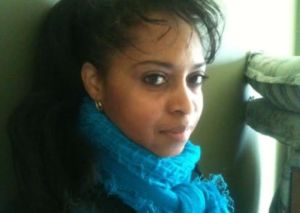 ~ The Valley of Vision: A Collection of Puritan Prayers & Devotions