Good morning suspense fans! If there has ever been a book on the new release list to look out for this month it is the Christian mystery novel, Crevice by suspense novelist Janice Boekhoff. It released just a few days on Aug. 23rd. If you love romance, suspense and intrigue, this is the book for you. Order your copy now for only $2.99!

Desperate to save her family’s gold mine, Elery Hearst gives an order that results in the tragic death of one of her men. But before she can come to terms with the guilt consuming her, her brother disappears. To find him, she must find the legendary Lost Dutchman gold mine. And the one person who can help, Lucan Milner, has every reason to want her to fail; he’s the twin brother of the miner who died. He holds the secret to finding Elery’s brother, but sharing them with her not only rips open his grief-stricken heart, it puts both of them in the path of a killer.

Janice Boekhoff is a former Research Geologist who pours her love of science and the outdoors into her suspense novels. She is a three-time

finalist in the ACFW Genesis Contest. She writes from Iowa, where she lives with her amazing husband and three feisty kids.

To contact Janice or to find out more about upcoming books in the Earth Hunters Series, click on one of the below links:

And now, here’s the story behind the story. 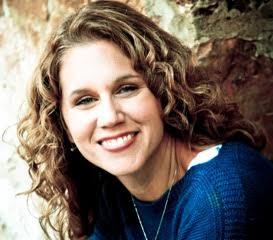 Since childhood, I’ve been hooked on Indiana Jones movies. I would binge watch them with my family on the weekends. For many years, I wanted to be an archaeologist myself. But that dream fell away when I realized most archaeologists classify clay pot shards for a living. Even so, I’ve never lost my love of history and the desire for a great treasure hunt.

A few years ago, I was watching a TV show that had a segment on the Lost Dutchman gold mine located somewhere in the Superstition Mountains of Arizona. The myriad of legends reached out with their tantalizing clues and drew me in. Which ones were real? Which were fantasy?

Only Jacob Waltz—the Dutchman—knew for sure, and he was long dead.

For over a century, treasure hunters have tried to find the mine by understanding the Dutchman himself. Not much is known about Jacob Waltz, who wasn’t even Dutch, but German. His early life is shadowed in mystery. But by the 1860s, he had settled into a humble existence as a farmer near the Salt River (modern day Phoenix, AZ), and yet he died with a box of rich gold ore under his bed.

Where did he get access to such wealth, and why didn’t he flaunt it?

In Crevice, I had such fun coming up with a creative explanation for the enigma of Waltz’s life, but the truth remains a mystery. Sadly, the 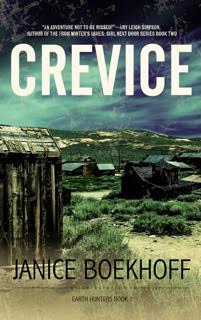 details of the lonely Dutchman’s life, and whatever mine he might have discovered, died with him in 1891.

The lost mine remains lost.

Even so, Dutch Hunters continue to scour the desert mountains, looking for the treasure. It’s a dangerous obsession. Over two hundred people have died or disappeared while searching. Why do they do it? Because they believe the Dutchman’s gold is still out there, waiting to be discovered.

That kind of obsession (and my own obsession with rocks) inspired me to write a modern day treasure hunt, but Elery Hearst doesn’t care about the gold. She only wants to find her missing brother. And along the way, she finds so much more.

Perhaps, the Dutchman’s gold isn’t all legend. Maybe a rich mine really is out there … waiting. If you happen to stumble across it, feel free to send a few chunks of gold ore my way.

Janice Boekhoff is a former Research Geologist who pours her love of science and the outdoors into her suspense novels. She is a three-time

finalist in the ACFW Genesis Contest. She writes from Iowa, where she lives with her amazing husband and three feisty kids.

To contact Janice or to find out more about upcoming books in the Earth Hunters Series, click on one of the below links:

Kara writes layered suspense thrillers and is an ACFW Genesis 2013 Finalist in the Mystery/Suspense/Thriller category.

She’ll also continue to keep you updated on some of the best reads in Christian fiction suspense.

To contact Kara, email her at fictionwithfaith@gmail.com or by clicking the below link: